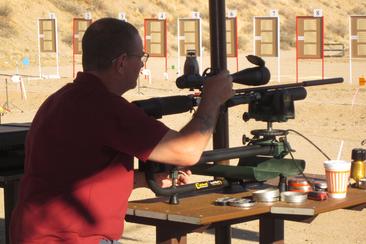 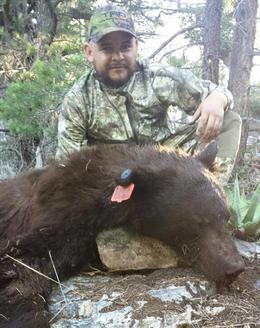 Juan Duarte And his black bear

As for Juan, He is what you would call a "Hunting Fool". Juan spends most of his time off scouting, hunting, helping other people on there hunts or just talking about his next hunt. He can't help himself it is in his blood.    Juan will drive 6 hrs. roundtrip to Flagstaff Az.  from  Phoenix  just to hunt a couple of squirrels. Now that is a dedicated hunter.

High Arc Hunter is dedicated to hunting with pcp air guns, crossbow and archery along with 1000 yard plus hunting. All of these forms of hunting require a very high arc to the projectile. October of 2014  I was on a hunt with my assistant Juan when I realized that all the hunting we do is not at the typical 200-500 yards as a lot of hunters do. We are either up close and personal with big bore air guns, crossbows and compound bow or we are taking game at over 1000 yds. with my .375 Cheytac rifle. Thus High Arc Hunter was born. Our motto is: Live to hunt. If things get any worse in the world we may have to hunt to live. We will be prepared.

We repair recreational vehicles during the week and scout or hunt every weekend we can get away. We have been designing molds and casting  air guns bullets sense Oct. 2013. Yes, big bore air guns are the next big thing in hunting. Most people have not heard of big bore air guns. The first thing that comes to mind when you tell someone you hunt with air guns is their dads bb gun. Well these are not your dads bb gun. They range from .177 to .58 cal. and with the right pellet or slug and the proper shot placement you can take small to large game. Big bore air guns are capable of producing 600+ foot pounds of energy. To put it in prospective 600 foot pounds of energy is some where between the power produced by a .45 long colt and a .454 Casull handgun. You very rarely get a pass through shot. This releases 100% of the energy in the animal. Most center fire hunting rifles produce 1000's of foot pounds of energy, and they more often than not pass through and do not release all of the energy in the animal. By using a big bore air gun and releasing all of the energy in the animal allows for a quick ethical kill shot.

As for Ron, He is the one with the wild ideas to build, customize and make better all of his air guns, crossbows, bows  and long range rifles. He also designs and casts all of the high Arc Hunter air gun slugs and pellets. Ron always says "I can't leave well enough alone, I must customize everything".